Heating and Air Conditioning Hacks: How to stop wasting energy 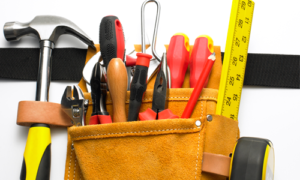 In today’s world it’s obvious to everyone that wasting energy is not going to lead anywhere good; either for our wallets, our planet or the world our kids will inherit. Thankfully most people have heard the call and responded by instituting measures to curtail energy loss in their homes. But there’s almost always more that could be done and typically it’s just a matter of awareness. In this post we’re going to go over some common but perhaps lesser known ways that heating and air conditioning energy is wasted in the average Toronto home.

Keep an Eye Out for These Heating and Air Conditioning Oversights

Here are a few of the many ways homeowners waste energy on heating and air conditioning, often without even being aware of it.

● Leaving the door open: It’s not uncommon for folks to leave the front or back door open while doing yard work. It may be convenient but all that heated or cooled air that’s leaking out will need to be replaced. Even folks who don’t leave the back door open while shovelling the deck often leave the door between the kitchen and the garage open while they’re doing things in the garage like cleaning the car or looking for something that’s stored there.

● Using lights during the day: Having the lights on in the kitchen during the day is an all too common occurrence. Folks tend to use artificial light during the day as a kind of ‘filler’ light but most of the time the ambient natural light is enough and the filler light is really just a superfluous waste of energy. Same thing in the bathroom. If there’s a window in the bathroom pull the curtains and let in the light. If you’re worried about privacy apply a privacy film to the window that will let in the light and keep out prying eyes.

● Letting the vampires in: Just about everyone has gone out at some point and left the computer, printer, TV, DVD player, cable box etc. powered up. Instead of letting these vampire appliances suck the life blood of energy out of your home make sure to turn off the computer properly and plug the rest of your devices into power strips. Just flip the switch on the power strip before you leave the house and you’ll be doing the planet a favour.

● Having an uninsulated garage door: Any rooms that abut the garage are going to lose heat through the walls and floor (if there’s a second storey room over the garage). It’s in your interest to minimize how much heat is lost in this manner and one thing that will help you save energy is to insulate the garage door. An insulated door can raise the temperature in the garage by up to 10 degrees and reduce the amount of heat that is siphoned off from the rest of the house.

Other ways heating and air conditioning systems are unnecessarily taxed include:

● Lighting an entire room when task-specific lighting would suffice.
● Opening windows because a room is too hot or too cool.
● Not programming the thermostat to a lower temperature at night.
● Using electric appliances when manual ones will do the job just fine.

Getting the most out of the expensive and irreplaceable energy you’re paying for is usually a matter of becoming aware of where the waste is occurring and then taking simple steps to correct the problem. If you’d like to know more about how to minimize your carbon footprint and save even more on energy call Toronto Heating and Air Conditioning on (647) 955-8625. We’re here for you.

Thanks Loren for coming and servicing our A/C today. Getting ready for the summer called these guys and they made sure everything runs smoothly since the A/C was giving us problems last year. Thanks again.

i needed to update my air conditioner and since they did it for me last time and i was satisfied with their work i went back to them, this time im writing this review :)

We recently had our furnace. Christopher the technician that did the job was very professional, efficient and on time. This is the second time we've had them service our furnace since we've had them install it a few years ago and are very pleased with our purchase and the service they provide after the fact. I would recommend this company to anyone.

We we’re lucky. An excellent Ductless installation to compare with another major company in GTA which they did for us 7 years ago, I wish I could name them here.
After our experience in 2007 we interviewed 8 other companies and Tropic stood up, we wanted to talk to 3 off there past Clint’s, Novel Care was the only one had no problem, and we did contact them, simply result were excellent.

Awesome, same day service. Called many companies before I found Tropic Air and they all sounded annoyed to even take my call. Friendly on the phone and sent someone right away on one of the hottest days of the year. Service technician was knowledgable and fixed the problem with our Commercial AC in under 10 minutes. Highly recommend.

Great service, these guys really work hard to make it happen. I had a hot water tank emergency. I called Tropic Air and got a person first try (rather than a paging service). I was given a 2 hour window within which they would arrive. They came, diagnosed the issue quickly and politely within 20 minutes. They sourced an unusual part for an unusual old heater by the next morning. I was impressed with that as the (major) manufacturer themselves could not identify the parts based on pictures I emailed their support team... I couldn't be at the house the next day and work long hours. They came at 8pm and stayed until I had hot water and all systems were go. The total was very reasonable and a little less than what I expected to pay in a BEST case scenario.

I would rate them 10 stars if I had the option. Highly recommend Tropical Air. Very satisfied with there customer service. Couldn't have asked for a better company. We need more honest workers and companies out there like tropical air. Instead of charging me their minimum and sending a guy over I explained my problem on the phone and he told me how to fix it on my own since it was a small problem.

I received excellent and above board service as they fixed my broken down furnace on one of the worst night of the year (New Year's Eve with temperatures dropping to -20c in Toronto). We were so blessed they came as we had called over a dozen other service providers which none of them got back to us due to the holiday. Thank you again Loren for your amazing act of kindness!

Had a new furnace installed in my home. David and his team were great! They came fast and charged us as quoted. I recommend these guys

Really happy with the air conditioning service with got. The technician that came was an expert in a/cs. He fixed the problem quick ans was on his way in no time. We are now ready for the summer (if it ever comes)

My AC was on verge of breaking last year, so I was looking for a replacement this Spring. I had decided to use Toronto Heating And Air Conditioning Company from recommendation from my sister. They didn't disappoint. They came made an assessment of charges and got the job done. Awesome service.

Absolutely happy with the service from this company. The day of the service the techs called ahead and arrived promptly. The duct cleaning was superb, as well as the effort to make sure my concern of air flow was addressed. Terrific!

We needed to replace our existing A/C unit and we called these guys for a quote. The staff was extremely helpful and help us some great products for our home. We are happy with our purchase and the great service and will be using this company again in the future.

This service is BY FAR and hands down the BEST HVAC service in Toronto. Loren is just stellar at conducting business, friendly and knowledgeable...and most importantly... He doesn't Price Gouge… he has a genuine care for his clients at heart .
My HVAC needed fixing and I called my old HVAC guy who bailed on me, then called 3 big name commercial size companies... Technicians never showed up, and then called 3 smaller companies on Kijiji and all of them tried to charge me upwards of $250 just to come and pull out my stuck filter in my HVAC and put a new one in ( a 10 min job). Loren came out same night within 90mins and fixed the problem for half the price. What a admirable businessman....THANK YOU Loren!
#HIGHLY RECOMMEND

Got Duct cleaning done by these guys. They were at my home on schedule, I was very pleased with the work they did. We had major renovations done and there was a build up of dirt and dust, they cleaned and sanitized the furnace. Loved the service overall.

Fast and friendly service. They didn't try and sell me a bunch of extra stuff. Tech took time to thoroughly explain the issue and show me stuff about my house I didn't know. Happy Customer.

Now, these is a good HVAC company !!

Amazing service, woke up on boxing day with a broken furnace. Called at 8:30am, tech was here by 10am to fix. I will definitely use their service in the future!

My 11 year old A/C stopped working and rather than spending a lot of money sourcing the leak and replacing the coil, I decided to replace the unit with a larger one since the old one was under-powered for the size of our house. After checking various reviews, I contacted 3 companies and decided to proceed with Toronto Heating And Air Conditioning Company due to the excellent advice given to me by friends. I wasn't disappointed. They did an excellent job and now I'm cool during the hot days.

13 Things that Could Go Wrong with Your Air Conditioning