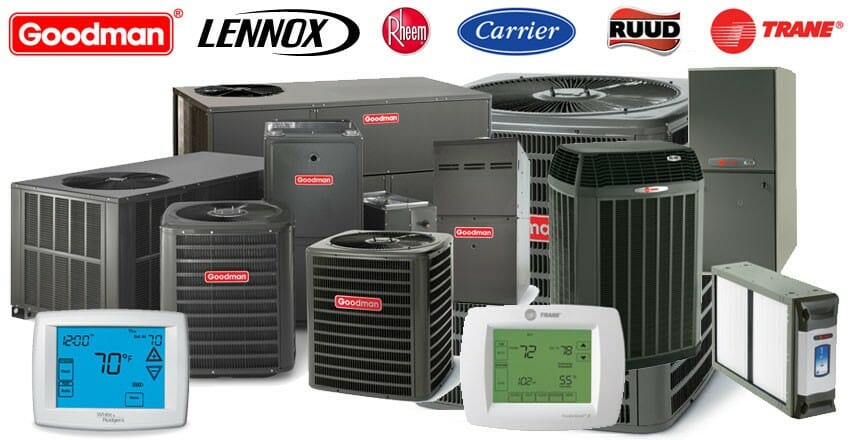 It shouldn’t be expected that homeowners know everything about their furnace and how it works, anymore than it should be expected that the average homeowner knows how a plasma TV works. Both are high-tech devices that bear little resemblance to their predecessors of just 20 years ago. But even if they don’t know the difference between a gas manifold and a heat exchanger most homeowners have a basic knowledge about how the system should respond and they know when they hear something that’s just not right. In this post we’re going to cover 5 things that may surprise you about your heating system that only an HVAC contractor might know.

Most people know a few basic facts about their heating system but are understandably short on details. After all, that stuff is the concern of the HVAC contractor, not the homeowner. In the interest of disclosure though here 5 facts about your heating system you may not be aware of.

1. The role of electricity: When people think of furnaces they think gas and so many are surprised to learn that a good number of furnace repairs are actually electrical in nature. Some of the most common types of electrical problems that befall the furnace are tripped breakers on the main panel, blown capacitors, blown fuses or a short in the control board.

3. The filter: Most folks are aware of the filter and the role it plays removing dirt and allergens from the air. But did you know you may be able to increase your furnace efficiency by 25 – 50 percent by changing the filter every other month? It’s true. If you’re waiting for the filter to be black before having the HVAC contractor replace it you’re wasting a lot of energy.

5. That wacky acronym: In a recent poll more than 90% of respondents were unable to accurately state what the letters HVAC stood for. Considering practically everyone in the Western World depends on HVAC processes to make their life comfortable it’s a little surprising. So we’re going to rectify that situation right now. Ready? HVAC stands for Heating Ventilation and Air Conditioning. So there you have it.

Any HVAC contractor knows there’s a lot more to your home heating system than we’ve had space to talk about here but hopefully these tidbits will help provide you a little better idea of how things work and the enormous role the HVAC system plays in your overall carbon footprint.

To schedule furnace maintenance, installation or repair call Toronto Heating and Air Conditioning on (647) 955-8625. We’re Toronto’s most trusted HVAC contractor because we provide our customers the service they need at a price they can afford. Give us a call today.

My AC was on verge of breaking last year, so I was looking for a replacement this Spring. I had decided to use Toronto Heating And Air Conditioning Company from recommendation from my sister. They didn't disappoint. They came made an assessment of charges and got the job done. Awesome service.

i needed to update my air conditioner and since they did it for me last time and i was satisfied with their work i went back to them, this time im writing this review :)

We we’re lucky. An excellent Ductless installation to compare with another major company in GTA which they did for us 7 years ago, I wish I could name them here.
After our experience in 2007 we interviewed 8 other companies and Tropic stood up, we wanted to talk to 3 off there past Clint’s, Novel Care was the only one had no problem, and we did contact them, simply result were excellent.

Amazing service, woke up on boxing day with a broken furnace. Called at 8:30am, tech was here by 10am to fix. I will definitely use their service in the future!

Thanks Loren for coming and servicing our A/C today. Getting ready for the summer called these guys and they made sure everything runs smoothly since the A/C was giving us problems last year. Thanks again.

Really happy with the air conditioning service with got. The technician that came was an expert in a/cs. He fixed the problem quick ans was on his way in no time. We are now ready for the summer (if it ever comes)

Got Duct cleaning done by these guys. They were at my home on schedule, I was very pleased with the work they did. We had major renovations done and there was a build up of dirt and dust, they cleaned and sanitized the furnace. Loved the service overall.

We needed to replace our existing A/C unit and we called these guys for a quote. The staff was extremely helpful and help us some great products for our home. We are happy with our purchase and the great service and will be using this company again in the future.

Had a new furnace installed in my home. David and his team were great! They came fast and charged us as quoted. I recommend these guys

Awesome, same day service. Called many companies before I found Tropic Air and they all sounded annoyed to even take my call. Friendly on the phone and sent someone right away on one of the hottest days of the year. Service technician was knowledgable and fixed the problem with our Commercial AC in under 10 minutes. Highly recommend.

I received excellent and above board service as they fixed my broken down furnace on one of the worst night of the year (New Year's Eve with temperatures dropping to -20c in Toronto). We were so blessed they came as we had called over a dozen other service providers which none of them got back to us due to the holiday. Thank you again Loren for your amazing act of kindness!

We recently had our furnace. Christopher the technician that did the job was very professional, efficient and on time. This is the second time we've had them service our furnace since we've had them install it a few years ago and are very pleased with our purchase and the service they provide after the fact. I would recommend this company to anyone.

Now, these is a good HVAC company !!

My 11 year old A/C stopped working and rather than spending a lot of money sourcing the leak and replacing the coil, I decided to replace the unit with a larger one since the old one was under-powered for the size of our house. After checking various reviews, I contacted 3 companies and decided to proceed with Toronto Heating And Air Conditioning Company due to the excellent advice given to me by friends. I wasn't disappointed. They did an excellent job and now I'm cool during the hot days.

I would rate them 10 stars if I had the option. Highly recommend Tropical Air. Very satisfied with there customer service. Couldn't have asked for a better company. We need more honest workers and companies out there like tropical air. Instead of charging me their minimum and sending a guy over I explained my problem on the phone and he told me how to fix it on my own since it was a small problem.

Great service, these guys really work hard to make it happen. I had a hot water tank emergency. I called Tropic Air and got a person first try (rather than a paging service). I was given a 2 hour window within which they would arrive. They came, diagnosed the issue quickly and politely within 20 minutes. They sourced an unusual part for an unusual old heater by the next morning. I was impressed with that as the (major) manufacturer themselves could not identify the parts based on pictures I emailed their support team... I couldn't be at the house the next day and work long hours. They came at 8pm and stayed until I had hot water and all systems were go. The total was very reasonable and a little less than what I expected to pay in a BEST case scenario.

This service is BY FAR and hands down the BEST HVAC service in Toronto. Loren is just stellar at conducting business, friendly and knowledgeable...and most importantly... He doesn't Price Gouge… he has a genuine care for his clients at heart .
My HVAC needed fixing and I called my old HVAC guy who bailed on me, then called 3 big name commercial size companies... Technicians never showed up, and then called 3 smaller companies on Kijiji and all of them tried to charge me upwards of $250 just to come and pull out my stuck filter in my HVAC and put a new one in ( a 10 min job). Loren came out same night within 90mins and fixed the problem for half the price. What a admirable businessman....THANK YOU Loren!
#HIGHLY RECOMMEND

Fast and friendly service. They didn't try and sell me a bunch of extra stuff. Tech took time to thoroughly explain the issue and show me stuff about my house I didn't know. Happy Customer.

Absolutely happy with the service from this company. The day of the service the techs called ahead and arrived promptly. The duct cleaning was superb, as well as the effort to make sure my concern of air flow was addressed. Terrific!

13 Things that Could Go Wrong with Your Air Conditioning